About a month ago the MBII Team leadership was informed by external parties that MBII's code includes pieces of GPL code without their author's permission. Since MBII itself is a closed source project and not under the GPL license, this constituted a license violation and needed to be rectified. This forced us to quickly get to a new release after removing the code in question, and also to stop distributing older release files.

The removal of the GPL code from MBII has the consequence that demos taken in MBII will no longer be compatible with or editable by the jaMME engine. This is unfortunate but necessary in order for MBII to comply with the license.

The need to stop distributing older MBII binaries also means we will be updating the full installation for 1.4.5: This removes the need to apply several patches manually if you do a direct download.

Given the time constraints for this GPL code removal, which needed to happen as soon as possible, we could only include work that was in a near-releasable state. The MBII Team worked around the clock over the past few weeks to get things across the line and include as many useful changes as possible in this release. Unfortunately, some things could not be verified and corrected in time. Nevertheless, we believe we have managed to get a useful changelog to complement the GPL code removal and turn this into a useful release: V1.4.5.

This release includes a number of new and improved models, for both characters and hilts. Many thanks to our member @Penekowski and his team for a large part of this contribution. Also thanks to our modelers @Scerendo and @Lervish for several of our brand new awesome models!


Penekowski said:
Hi guys! This is the first batch of new models/hilts that we've added for vanilla MBII due to popular demand, I hope you all enjoy them and keep giving feedback about any new upcoming additions that you may like to see. Keep in mind that if you're using any replacement packs, such as Penekepack, HB pack or any other 3rd party mods, please uninstall them as this update will possibly break many of them, causing many bugs, even crashes. Please wait until the authors of every 3rd party mod update their packs accordingly.
Click to expand...

A lot of you were expecting major saber changes that have been work in progress by @Tempest ever since the last Open Beta. Most of these changes could not be included in this release for two reasons:


We have however included some small saber changes that we believe will significantly improve the dueling experience, as a preview of the saber changes to come:


Tempest said:
It doesn't take being a duelist to see that a lot of aspects of MB2's sabering are stale/boring in the current state of things. The swing drains on every attack instead of the old tap/holding method were more intuitive but the numbers were too high (it was mostly a bandaid fix to the super high parry drains from 1.4.3 so apologies for that) and removed a lot of the differentiation between those who polished their mechanics and those who just started out. Polishing out the old method so that lots of extra BP isn't drained/better isolating when the drains occur is the best middleground, in my opinion. I may try a variation of the flat drains as they are in public during open beta but with lowered values. I want to see feedback and such before 100% finalizing how this will be (anything finalized post-open beta will basically be 100% how the sabering system will be for the future, essentially).

I believe the overbearing aspects of PB counter and nudge are pretty obvious to most by now. The changes for these as well as the removal of repeated consecutives and semi-PB should get sabering back to a better baseline for both attacking/defending. I still foresee some possible issues but there's only so much to take care of at once, all things considered.
Click to expand...

Many thanks to @Tempest for all the hard work getting this across the line and all the fixes and minor improvements he has managed to include in this release. Also thanks to our coder @DCM for a few fixes, including the most annoying wookiee barge TK!


Finally thanks to our Internal Beta Team and some of our retired Developers for their support during this stressful period and their help in getting this release through in a very short amount of time and while under a lot of pressure. 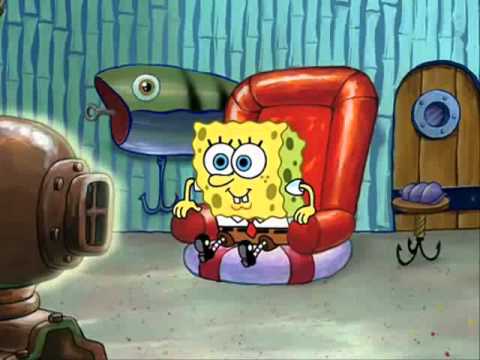 Close whatever program is locking access to the file.

before I even read the rest:

JAMME REMOVED????!!!!!!!???!! I am so goddamn sad right now. Good bye superb quality videos with awesome camera angles. Back to pug mod if that mod ever even gets updated, goddamnit. I was even goin to make another video, but this throws hell a lot of problems on my way.

Mostly solid sounding changes. I am worried about removing nudge tho. I fear wooks will be more overpowered than ever since rage was not nerfed. One of the best ways was to nudge wookiees with red but what now?
Last edited: Jul 9, 2017

Removed: MBII demos are no longer compatible with jaMME.
Click to expand...

Does that mean what I think it means?

This is the most significant update in the history of MB2.

This is a close second.

How much faster? I'd like to see some values

no kota model/10 @Penekowski do your magic

Solution I got
Restarted comp, didn't work, I just deleted that folder specified and it allows me to update

Guys, does this mean the demos taken before this patch will also be incompatible?

- Lightning's stun will end as soon as the user lets the button go, great.
- Counting deaths more precisely - playing Soldier to fix the score has ended.