I am Jedi/Sith. <monkey noises> I must now hide on falcon and wait 20 years

I am Jedi/Sith. <monkey noises> I must now hide on falcon and wait 20 years

makes no sense lore wise, why would they randomly mount a ladder on the falcon
if anything make it so you can reach it by jumping on the boxes

Current box strat requires a team-mate, two as a non ARC based class.

Visual appeal shouldn't matter here. Box jumping up is just an easier time for jedi/sith to push you back down because of jump animation and then they'll come down and swing at you.

Lore? Yes I do remember KOTOR sith soldier running around with lord of the sith queen bitch of the universe on Deathstar.

MoonmanMoonman said:
makes no sense lore wise, why would they randomly mount a ladder on the falcon
Click to expand...

Yes but every character from every movie and show having a team death-match does. Bruh, use your brain. This thread is obviously for the improvement of gameplay and barely would visually change the look of things.

Yeah I remember Grievous using lightning in the movies like he does in mb2.
Last edited: Feb 10, 2020
Q

very good idea, ladders on both sides would be gr8 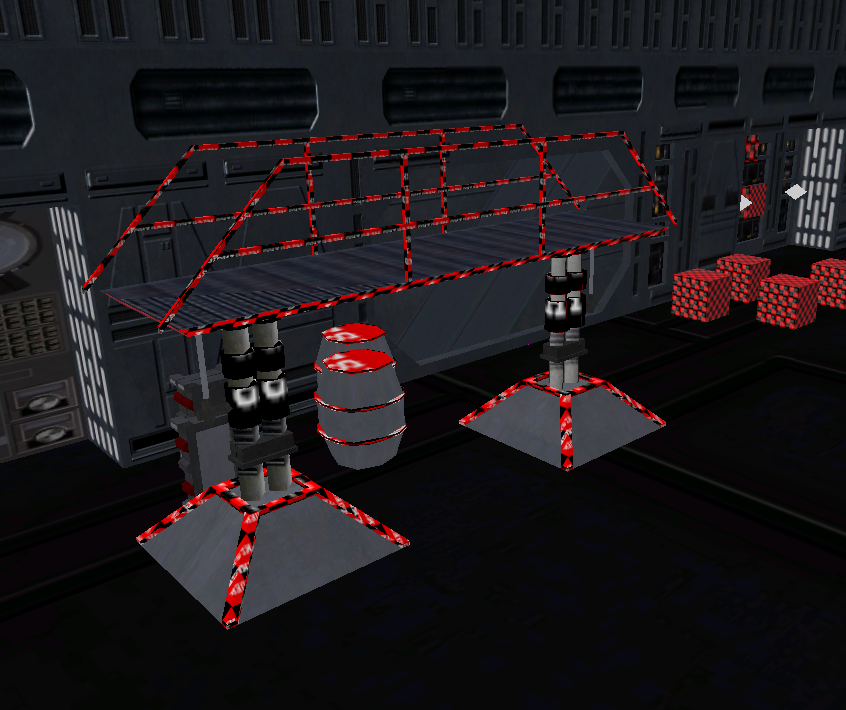 I'll just add one to either side and add a control on the bridge to raise it.

better than nothing, have to see what its like. might be a little restrictive having to wait on it? (depends on speed maybe?)

as for where to put it? depends? maybe where you cant get shot from control room windows? closer to main hangar entry? (im thinking of rebs safety basically. Imps should have already gotten up top of falcon start round or prior to rebels enter.
Last edited: Feb 10, 2020

I'll just add one to either side and add a control on the bridge to raise it.
Click to expand...

Terrible idea , people should find their own method to get on top of the falcon , some used grip , nade jump , rockets... It was a nice challenge

Bob-Billy said:
Terrible idea , people should find their own method to get on top of the falcon , some used grip , nade jump , rockets... It was a nice challenge
Click to expand...

Cant tell if this is a joke

lock em up in homer farm

Something like this? Left side bridge is in view of the control room windows but people can also roll onto it from the ledge so trade off?

Could be game changing, the left one that is.

The right looks decent, would have to try it out.

They should spawn in down (as in not being up as they are in this image) if they aren't already. I'm guessing competent imps might put it back up but I'd still keep em down if they can by default.

also that left side imagery looks terrible, the fuck you look at those schematics and not have eyesight bleed
Last edited: Feb 10, 2020

Fang said:
also that left side imagery looks terrible, the fuck you look at those schematics and not have eyesight bleed
Click to expand...

Lorewise the maps should remain accurate to the movies. If the gamemode is not lore friendly therefore the map shouldn't be either, I don't see why we're not playing on de_dust2 24/7

I'm all up for the idea to get on top of the falcon, just stack some boxes and use them. The way it provides cover from the bottom should be an advantage, if you get all gunners on top of it you get a bunker that only jedi can reach (since gunners will be shot on their way there) only to be shot down instantly since it provides barely any cover.

Make it easier to reach, don't make it braindead easy to reach.

Would prefer there only being one lift since I believe it's my right as a jedi to have some relatively safe space to go to when rushing up from below to a hangar full of imps.

I think that's fair but the only criticism for that is only having one leads to easy camp kill. The problem with many elevators. A major flaw of old commtower was elevator kill camping.

I cant really think of an alternative to balancing it other than just having the one, and risk getting camp swung or maybe
1 set of boxes to get up (takes longer, needs skill, gives sith/jedi time to rotate to other side) and 1 elevator (faster?)

Since you said as a jedi. I would've thought you would want more to get up. Since you want to get your gunners up there too, and one elevator would suck for them (unless its not in line of sight of (for example windows)).

Could also argue Echobase has two ladders, is this truly an issue to address. I've never seen a complaint about it but that's probably also because deathstars falcon is more chokepoint than echo bases

At the end of it all, I think it just needs something to get up at this point. I'm literally sick of sitting below waiting for mr jedi/sith to come back down with his 100fp because he gets to 50 and uses 15 to go back up
Last edited: Feb 11, 2020

As a compromise could rearrange it so left side is box stack to falcon top (like corellia) and right side is bridge elevator only, I'm sure there will be many open betas of the various changes I have planned, plenty of time to shift things around and try stuff.
Share:
Facebook Twitter Reddit Tumblr WhatsApp Share Link
Top