The Sith Empire has been upgraded, the Empire will now be directly managed by Imperial Command, under the supervision of our Emperor!
Stand to attention for the new.. Galactic Empire! 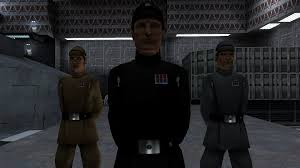 Those who oppose the new Galactic Empire we can only promise you complete Annihilation!


Anyways, for those of you interested in enlisting for the Imperial Army here are some things you should know before joining.

- Similarly to the previous regime, there is no tolerance for failure, especially in front of Lord Vader
- The Empire will make use of special skills! with the new divisions in the Empire, there will be a place for all.
- Our main communication center (discord) always has fellow Imperials waiting to enter the field of battle!
- (We also have got a Garry's Mod server, and might get a minecraft one, oh and we don't do retarded applications either)

Check out the Sith Empire community on Discord - hang out with 58 other members and enjoy free voice and text chat.

They'll probably blame it on the inflations that came to be after the great war last year.

PuNk said:
They'll probably blame it on the inflations that came to be after the great war last year.
Click to expand...

Liniyka_xddd said:
You would think a galactic empire would at least be able to afford their own server

Finally, a clan we can send Kaz to

why tf do you have a gmod server

Townsend said:
why tf do you have a gmod server
Click to expand...

Because we're cool, and it gives our stormtroopers another game to practice their aim on