46 models were added in this update
​
Click to expand...

If you're using any previous version of A-Pack, delete it from your MBII folder. Make sure to extract both .pk3's, Part 1 and Part 2.
If you would like to remove the changes to the loading screens and main menu logo, simply open the Part2.pk3 like a .zip file, and delete the 'gfx' and 'menu' folder.

Below will be the names of the authors for as many models as I could find. Most of these models were collected through other archived collections and others are available on JKHub, as well as Discord. If anyone is interested in a specific model that isn't listed here or any other reason feel free to contact me on the MovieBattles forum.

None of these models are my own, I've only added them as custom models over time and added sounds to some. This started as a personal pack that grew to a point I figured others would enjoy it as well. I love all of the models in here and I appreciate the work and effort that went into them.

Models remaining from earlier versions of this pack may have been missed in credits due to not having the original source anymore.
Other credits were missed due to getting these models from archives with no specific authors listed.

If anyone would like to improve upon this credit list or is aware of certain authors not listed, I will be more than happy to update them at any point. I take no credit for any of the models in this pack. The custom model system is great and once I started adding a few in for myself, I wanted to keep adding more.

Thanks to everyone that's been using these packs up until this point. I enjoy putting them together and love seeing the models used in game. And thanks again to anyone who contributed to these models one way or another - they're in this pack for a reason!

Thanks again to all of the authors and to the ones that download this!

The drama over models for this game is getting pretty old, can't we just appreciate what's out there to use?

this people prefer to sit in a toxic swamp blame everything new and "enjoy" playing with a low poly almost 20 years old models from the vanilla game just because a good mod pack didnt have proper credits for each model. Such a stuffy community

meh, its common courtesies. ultimately up to the devs to whether they can keep it though, so posting it anywhere else is not gonna be moderated.

Omega said:
The drama over models for this game is getting pretty old, can't we just appreciate what's out there to use?
Click to expand...

Did you see the recolored Ahsoka sith model?
That shit is fire my doggy 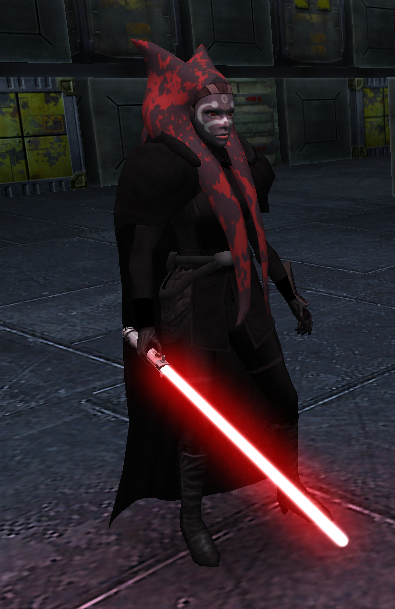 How to install this mod pack?

xuteej said:
How to install this mod pack?
Click to expand...

This should be obvious, but helping people with downloading right here on the forums where the download link was removed for violating the rules is not kosher. Locking this until further notice as there's little point in discussion at this point.