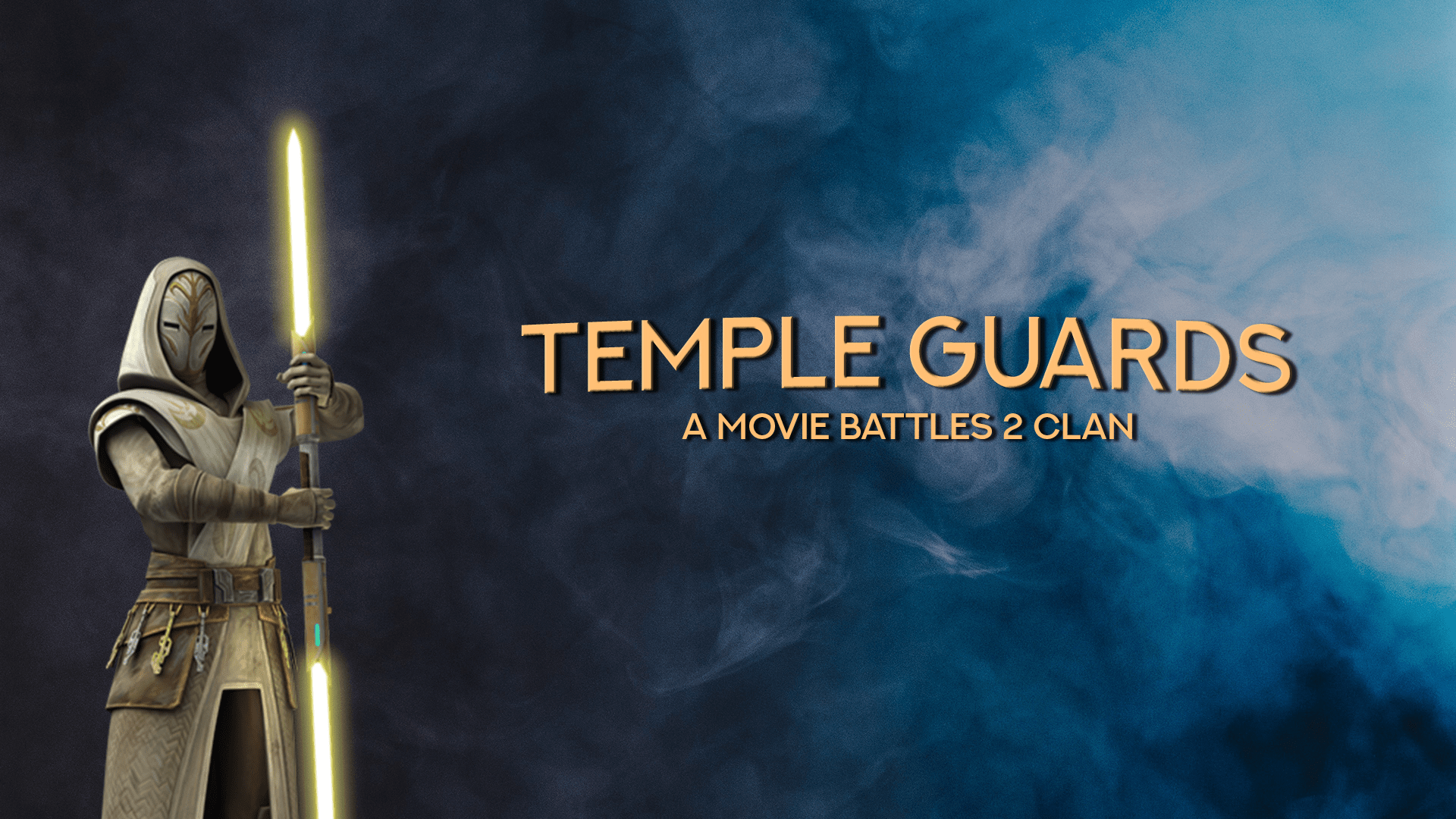 The Temple Guard clan, [TG], was founded by [TG] Temple Guard as a reactionary clan to parody the many clans of MB2 that had taken themselves too seriously, starting wars with other clans, banning or teamkilling their members on sight. Since then, many players have spontaneously joined [TG] for brief periods of time, often as a break from taking them game seriously to all use the Temple Guard skin and saber staff and make something of their own. Now, thanks to the loyalty of longstanding members [TG] Catman and [TG] trap, and other important members in [TG]'s history including [TG] Chombo, [TG] Darth Pain, [TG] The Senate, the [TG] clan finally stands as more than just one man with a dedication to a joke but as a clan that will follow the flow of the MB2 community, offering freedom and security that ebb and flow to always be in line with what the community desires. 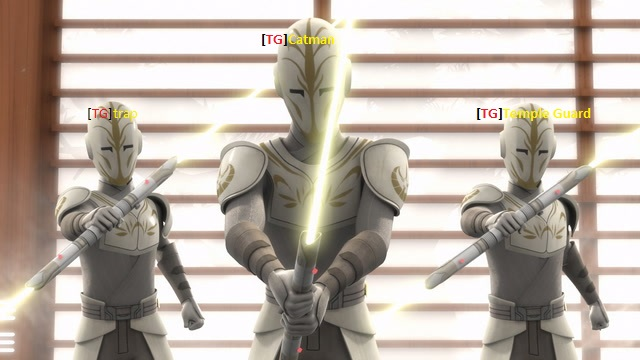 "A Temple Guard's mask and robes confer anonymity, and symbolize emotional detachment. During Guard service, you surrender your identity, your weapon, and everything else. Only your commitment to the Order remains." Even the founder of [TG], [TG] Temple Guard, once played MB2 by a different name. However, to be loyal to the idea of [TG] as a reactionary clan that required no history in MB2 to stand on its own and force longstanding titans of the community to reflect on themselves, one man had to believe in the idea of the Jedi Temple Guards as anonymous and loyal to their cause. 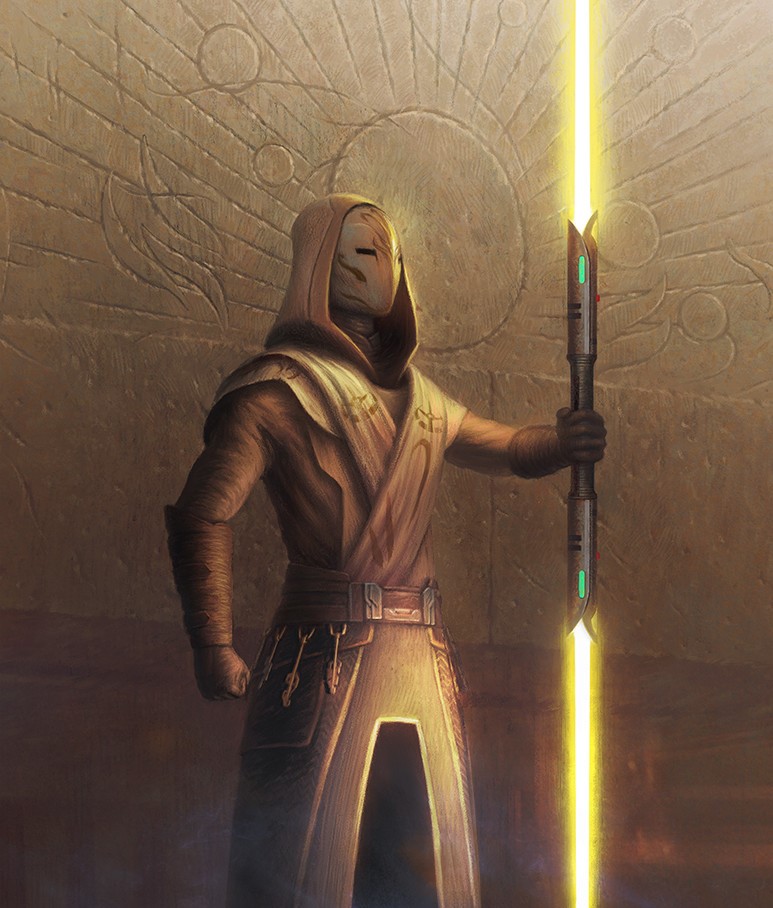 Okay okay, now THIS is epic

the clan never existed, you all imagined it