WARNING: I take absolutely 0 credit for ANYTHING I post here. Even the things I make from scratch, nothing here belongs to me. All credit to the original authors of anything I use, ect. If say I use a model from a mod I found somewhere and the original author would like me to remove the mod because it utilizes their model I will honor their request or atleast remove their specific model from the pack.

I'm Rosh Penin, and THIS is my shitshop, I work here with my old man, and my son Big Rosh everything in here has a story, but no price, one thing i've learned after 21 years, you never know what is gonna come through that dropbox

Welcome, I am Scott The Scout. Better known by my MBII alias "Rosh Penin The Great Jedi" And welcome to my shitshop!

I made this thread so I wouldn't clog up the rest of the forums with useless threads and other dumb shit, I decided to converge all my work to this single thread and post it here.

What to expect?: Shit, lots of shit.

But goddamnit i'm going to enjoy making this shit.

MY OLD OUTDATED MODS
WARNING: These mods use an old method that was made obsolete by 1.6 so don't blame me if these break things when you install them. Use with caution. The sound mods should still work fine though.

NOTE:I may also take requests if they're not too out of my league. I'm not an expert modder, but I know enough to make certain things. It really all depends on what the request itself is.
Last edited: Apr 26, 2020
Upvote 0

i want a rosh SBD

Scott The Scout said:
I'm Rosh Penin, and THIS is my shitshop, I work here with my old man, and my son Big Rosh everything in here has a story, but no price, one thing i've learned after 21 years, you never know what is gonna come through that dropbox
Click to expand... 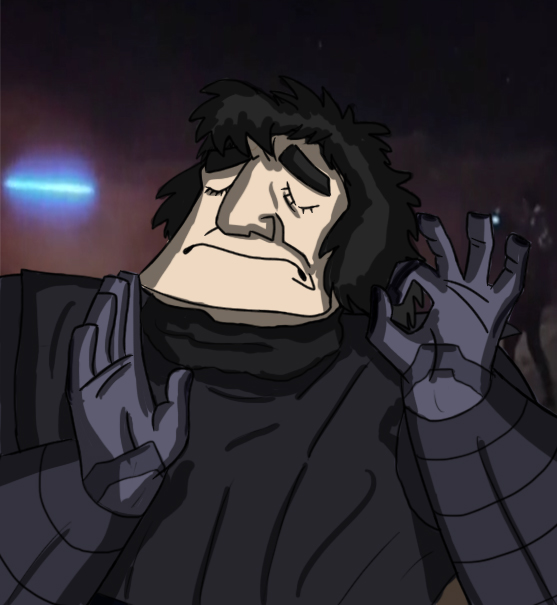 Introducing the rosh pack lite.
Dropbox - zz_zz_zzRoshPackLite.pk3
This is the first step to the full mod, consider it a pre-alpha or something. Basically nearly every open model's voice clips are replaced with rosh. if I missed any let me know and i'll try to fix it.

So yeah, everyone will sound like rosh with this pk3. Welcome to hell.

So an update on a previous thread I made but i figured i'll just bring it here.
I tried to replace Hero Kyle with THIS Dark Forces II Kyle - JKHub model of in-game DFII kyle, and...I got it to work. Partially.
This was the result

I followed the guide, renaming all the filepaths as well as the folder so. if anyone has any idea what I've done wrong i've love to be able to fix it.

I didn't touch anything but what I was told to, which was the directory to the correct folder. So I have no idea why it does this.
Last edited: Feb 2, 2017

Why not name it the I'm a Great Modpack!

Why did I make this. 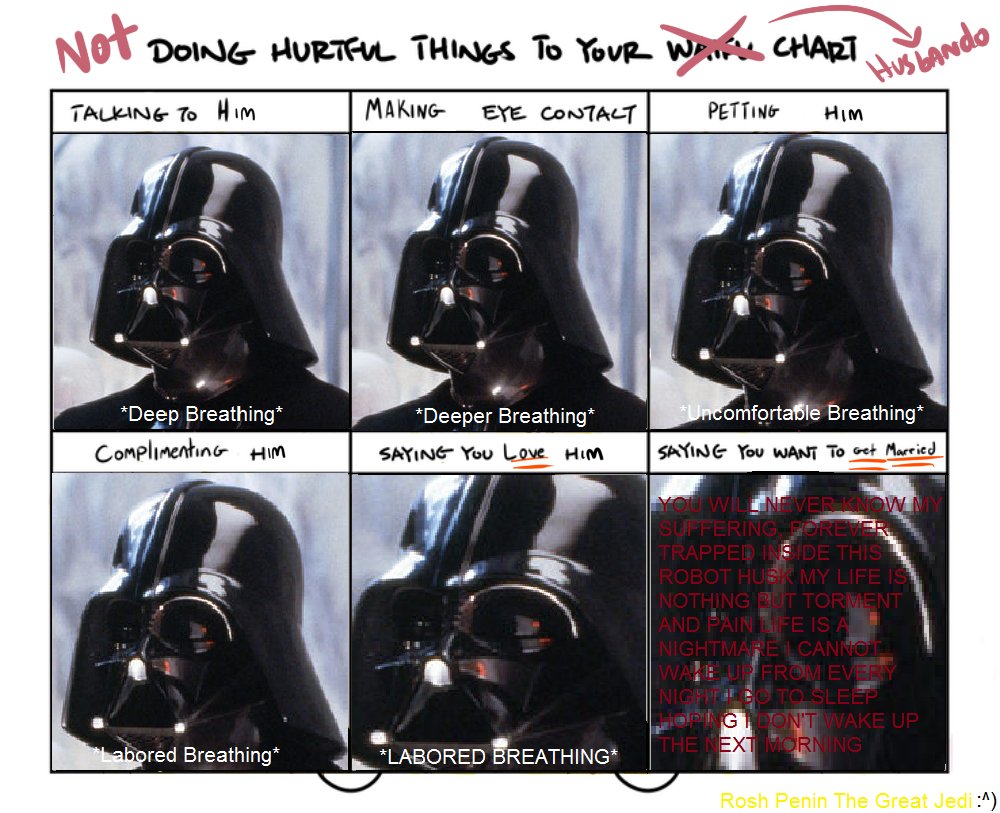 Scott The Scout said:
I didn't touch anything but what I was told to, which was the directory to the correct folder. So I have no idea why it does this.
Click to expand...

Those are 2 different models thats why it doesn't work.

Pahricida said:
Those are 2 different models thats why it doesn't work.
Click to expand...

Oh, so you can't replace the ib-Merc kyle model then? Cause it doesn't seem to want to be replaced no matter how hard I try.

You'd have to replace the model .glm aswell. I also just learned that Infinity Blade, maker of the Merc Kyle Model and brother to Hapslash passed away in 2011

Also gives Vader passive breaths though not too frequently but you will notice them.
I mostly made this because I enjoyed Matt Sloan's performance as Vader in TFU.
Last edited: Feb 8, 2017

>Tfw should be working on mods but keep making memes.

Sorry folks, had to remove a few things. I got a C&D from the Peneke legal team. I'd rather not end up on the next episode of Judge Judy so those links are gone now.
Last edited: Feb 8, 2017

Also gives Vader passive breaths though not too frequently but you will notice them.
I mostly made this because I enjoyed Matt Sloan's performance as Vader in TFU.
Click to expand...

Is it the same soundpack that Kylo Ren made on JKHub?

swagmaster said:
Is it the same soundpack that Kylo Ren made on JKHub?
Click to expand...

I don't know. All I know is it consists of Matt Sloan quotes from SCIV but mainly TFU. Though I can never be too sure which game each quote is from.

THE LINK IN THIS POST IS OUDATED, PLEASE GRAB THE ONE FROM THE OP IF YOU WANT THE UP TO DATE VERSION

Also here's a shitty stupid Chad Vader soundpack I made in like an hour
Dropbox - z_zz_ChadVaderSounds.pk3

I apologize for how quiet the sounds are but this was as loud as audacity's amplify effect would let me make them after noise reduction and vocal isolation.
I only made it for fun though so hopefully someone will enjoy it.
[Yes it is a piss poor edit of the other pack. I tried okay.]
If anyone wants to fix the sounds i'm all for it, my skills with audacity are pretty lacking this was the best I could do.

Okay, here's something some might want to see.
This is a model replacement for the Jeditrainer that replaces him with Jaden Korr, specifically the legends version of him.
Dropbox - z_zzz_MBIIJadenKorr.pk3 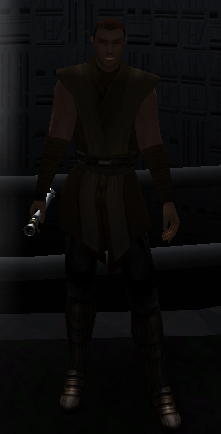 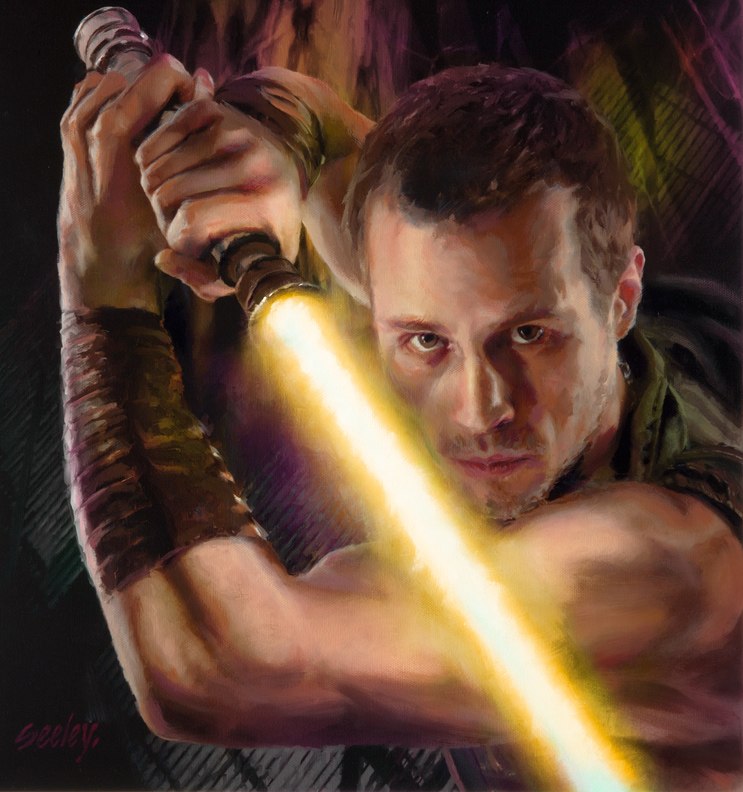 NOTE:
I take no credit for anything, ect, ect.

EDIT: So where are the credit's Scott? You didn't make this model! Well the thing is. I legit can't find this mod anymore, like at all. I think the original maker of the model removed or deleted it as I can't find it ANYWHERE. Leaving it up for preservation sake unless whoever made it asks me to take this down.
Last edited: May 26, 2017

Much salt, much hate. LET IT FLOW THROUGH YOU
Click to expand...

Okay then. No offense but, why is this here? I got salty, but this is just a flat out spam post. Not even a funny one at that.

Everyone gets salty, this is not news or anything.