PowerBattles II - Attack of the Memes

Are you looking for a hero?

Find yours within this stupid-yet-charming creation. Releasing today!

PBII is the most intensively-modified, most overpowered, most ridiculous Full Authentic (FA) modification ever created for Movie Battles! It is an homage to all the silly/cool/stupid shit people have made...unique to MBII/JKA! I'd argue it is the largest FA ever created for MB2. It features 30 overpowered JKA community-created characters per team. Gonk r.o.i.d., Force Ghost Ben, Max Rebo, Beach Trooper, The Flea, Shrek, Nick Cage, The Umbrella of Doom, Darth Helmet, Goku, George Lucas (to name a few) should help you get through any lols drought you may be experiencing. PBII is very much a rock-paper-scissors style of gameplay. Getting owned by a certain class? Try countering it with a class that has an entirely different set of skills. 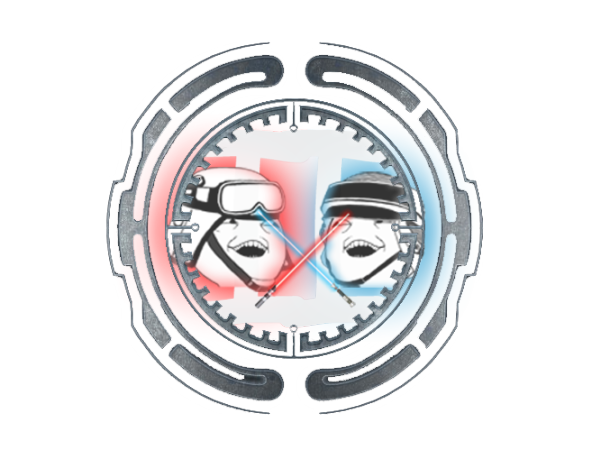 A lot of this silliness started early on in like 2008 or something, when the uMad map pack first came about. I got tired of having to download random maps from random areas of the internet (as well as send links for people to DL them from) so I collected them all and with the help of more knowledgeable modders, put them in one place under one roof. uMad was created by myself, Spaghetti and a few others around that time to give easy access to all the maps in one area. We provided a DL link on our clan (Elite Warrior)'s website. Around this time, EW.Hawk decided to make a silly FA for EW & and friends to enjoy. This eventually was discovered by people outside of EW and has been lovingly updated over the years by those who enjoy a good goof as well as a new form of balance and gameplay within MBII. That version of PowerBattles is still quite fun, and I brought it back, both are within this pack!!
PB2 is at almost 30 classes per team, and each character has a ton more abilities than you might expect. Each character has a silly soundset, effects and of course... lols. Most classes are restricted to one/two-per-team (minus the HK-47/K2SO reinforcement classes) to attempt to balance anything which seems too OP.

Classic Powerbattles has no class restrictions, but still a lot of the same fun! It's not a stretch to say that this remake of PB is a much larger FA / collage of MBII/JKA memes. If you thought the old PB was fun, you are going to love the PB2 memery!

How to play? Update MBII to 1.5.5 or higher and join any server which has these maps in their rotation or RTV:

pb_dotf
pb_sdestroyer
You can see this meme and other silly clan events on the {EW} twitch channell! Shameless plug, I know... but there's some good stuff there.

All of these models, weapons and effects were made by the JKA/MBII community. What I've done is cleared them of outrageous bugs, added sounds, effects and all sorts of bafoonery and found a way to make them work within MBI. This was a real labor of love.

The assets/JK3 files memes are collected from JKHub, uM's very own map pack, certain MBII/CMP maps, MBII Forums, Youtube (for sounds), and other various weird places where these odd creations exist. I have been slowly collecting these relics, weapons...models...sounds for a while now and figured - why not put them all in one place?

// Hawk - for creating the original concept (PB1) with me back in 2010
// Padawan - Gandalf! Without him I would have never figured out some critical issues / bugs! You know who you are.
// Lervish - For donating his silly creations to this project and fixing a few model/animation issues
// Pipex - debugging .mbch stuff + helping me get on my feet with FA editing
// Biggus Dickus - mapping support
// Sweg - modeling support
// Yeet Master, Besus, Rebel, Norman - Sound additions. You made a painful process a very hilarious and fun one
// Frost - your work on the unfinished Marvel FA which inspired a lot of the cool effects/models Marvel-related
// Plasma - Your extensive work in the Movie Game Map Pack helped me immensely when getting started on this FA!
// Spaghetti - Cleaning up my mess and helping me with release. You're super generous with your time and I'm honored to have you as an ally.
// Owe - helping out with GFX! You're great.

// Biggest thanks to my clanmates within {EW} The Elite Warriors for supporting me in this stupid venture.
// I would have given up had it not been for your love and attention.
// AOD & all those within my Workshop Discord who helped test this mod while it was in open beta!

// There are a few models that I couldn't find proper credit for, some
// of which are over 10 years old. I have done my best to find and properly credit everyone.
// If I am missing someone or something, please let me know!

// Chainsaw - Madjai
// Cross Saber - Langerd
// Plunger - Last Wish
// Mjolnir - Koloth Jar (reskinned by me, effects by me)
Please do not modify or re-release this FA without my permission. I will be updating it more over the years. I am TOTALLY open to submissions in terms of new models or characters.
I expect this first release to have bugs. That's the nature of this beast.

Let me know what you think, but only after you have tried every class!

Also, for those wondering about the MAX_GAMESTATE crashes as well as the other seemingly random crash, that is related to Pitdroid missing sounds. These issues will be resolved and hopefully we will have a fully functional PowerBattles II!

Besides the annoying crashes at launch, everyone's feedback has been amazing and I am feeling the love! Thank you for the support.

now this gamers is a proud fap

Alright, the fix to Pit Droid and that bad .mp3 has been added. Use the launcher to update!
P

The launcher does not work here, any chance of an upload of the patched files?

Pet a van said:
The launcher does not work here, any chance of an upload of the patched files?
Click to expand...

Yeah, the hotfix has been added to all the manual downloads well!


Code:
It works fine on pb_dotf tho


Code:
It works fine on pb_dotf tho
Click to expand...

Unfortunately this isnt a very reliable call stack, but it seems to have something to do with your log files.