I was just playing on Cloud City a while ago and was wondering if it was possible to add a room to it. The room I was thinking about was the Ore room with the scan grid in it. The Scan Grid was that mechanical device which was inevitably used to torture Han Solo to lure luke to Cloud City since luke can feel his friends' pain and what-not. The hallway to the room is already there, but for some reason the room wasn't added in, so if it were added, it could easily be placed where it was originally supposed to go. I can make the model for the map if the devs have better things to do, which I expect them to be overwhelmed with, because I have already developed a master copy of the model in a game called Garry's Mod. I have a ton of experience with developing models like this, and again will be more than glad to help add it to the map. Adding this to cloud city is like adding that gonk droid getting branded in return of the jedi, that model is in mb2_jabba.

Here is a model of the work I have done on it, worked on it for about 8 hours, time log is in the top right. 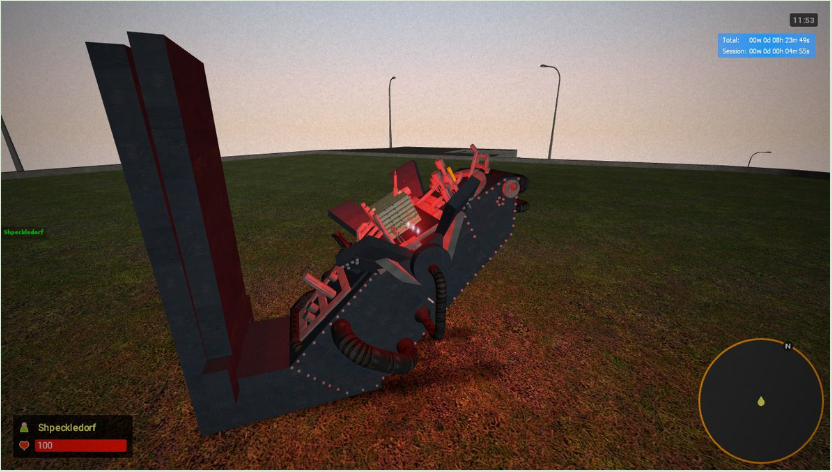 i actually like the idea, cloud city deserves more love to be honest, among other maps and not just the crap of dotf, ds and boc (third overplayed map in certain servers)

how many polygons does it have?
i'm worried about map performance, don't want it to have fps drops like kamino

Damn Polak said:
how many polygons does it have?
i'm worried about map performance, don't want it to have fps drops like kamino
Click to expand...

Not many actually. Doesn't cause any lag in Garry's Mod and surely wont in mb2. It has around 400 different shapes in it but that's because I am dangerously limited in shapes and I'd be able to recreate it in mb2 with a lot less. In the game I made it in I actually managed to make it exactly like the movie did, it a sparks, it glows red upon command, and it lowers and raises. I want it to be able to do that in game when you hit use on it or even be able to use it on a player. I also made a model of the room, and it looks spot on, given the limitations of Gmod.

SHPECKLEDORF said:
Doesn't cause any lag in Garry's Mod and surely wont in mb2
Click to expand...

>implying
i'm sure you could use less than "400 simple shapes", try it

What do you guys use to make models in mb2? I can whip one up and show you the results.

Believe most of the models are made with 3DS Max or Maya (and possibly Blender with some plugins but not sure on that). Maps are made with GTK Radiant for reference.
Last edited: Nov 30, 2016

Ah, thanks! I'll start making the model and ill post it in a few and see what you guys think.

I have been using 3DS Max for a few weeks now, and it is still really complicated. I'm sure there are experienced modelers and mappers on the team that could add this to Cloud City. It would go in the indented room in the Southern Halls (red glossy room with multiple doors). I heard that the MB2 team was going to add the device but they ended up not doing it for some reason
You must log in or register to reply here.
Share:
Facebook Twitter Reddit Tumblr WhatsApp Link
Top