46 models were added in this update
​
Click to expand...

If you're using any previous version of A-Pack, delete it from your MBII folder. Make sure to extract both .pk3's, Part 1 and Part 2.
If you would like to remove the changes to the loading screens and main menu logo, simply open the Part2.pk3 like a .zip file, and delete the 'gfx' and 'menu' folder.

Below will be the names of the authors for as many models as I could find. Most of these models were collected through other archived collections and others are available on JKHub, as well as Discord. If anyone is interested in a specific model that isn't listed here or any other reason feel free to contact me on the MovieBattles forum.

None of these models are my own, I've only added them as custom models over time and added sounds to some. This started as a personal pack that grew to a point I figured others would enjoy it as well. I love all of the models in here and I appreciate the work and effort that went into them.

Models remaining from earlier versions of this pack may have been missed in credits due to not having the original source anymore.
Other credits were missed due to getting these models from archives with no specific authors listed.

If anyone would like to improve upon this credit list or is aware of certain authors not listed, I will be more than happy to update them at any point. I take no credit for any of the models in this pack. The custom model system is great and once I started adding a few in for myself, I wanted to keep adding more.

Thanks to everyone that's been using these packs up until this point. I enjoy putting them together and love seeing the models used in game. And thanks again to anyone who contributed to these models one way or another - they're in this pack for a reason!

Thanks again to all of the authors and to the ones that download this!

Great work! Happy to see that credits are now added. Will test it out later.

Appreciate at least giving credit for the models, but that's different from asking permission in the first place. The models i've made public are completely fine, and all. Such as the Boba models, the Ahsokas, Cortana, Kara, and Nova. But the others, the majority from JAO, were not given permission. In fact, a lot of the models you have aren't even made public, so how you got them is beyond me. And the fact permission wasn't asked in the first place is a bit messed up. Because these weren't meant to be released out like this, especially in a gallery of a pack like this. Here are a few of the models i've noticed that you've included in here that are from our place: 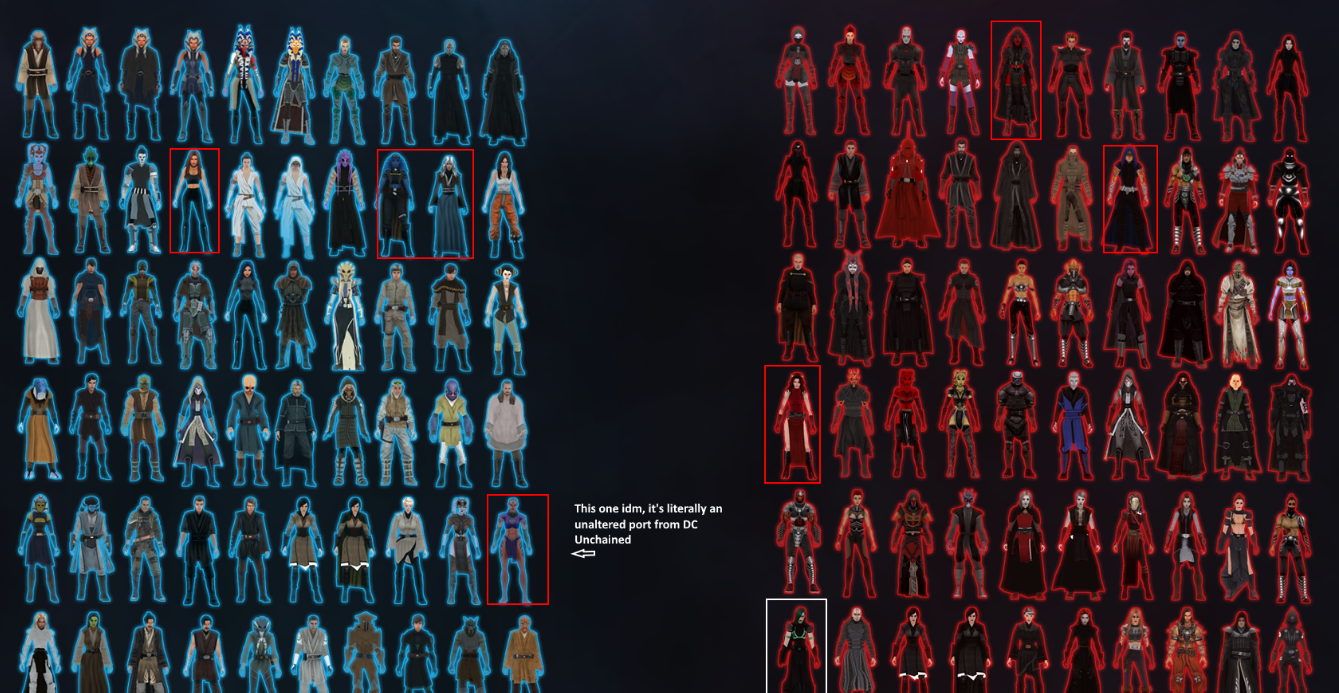 There are also a lot of other models from other communities i've noticed almost immediately, which i've assumed had the same happen to them.

Like I said, these models weren't suppose to be made public this way, so I'd like to request the ones boxed be removed, and not shared out of respect of the ones who helped put them together for their respective communities such as our own, unless said otherwise or shared otherwise.

I am speaking on behalf of the members of the entirety of the clan ::JEDI::, of Jedi Academy, when I say (as ZelZel already stated) that 'noting credit' is not the same thing as 'asking for permission'. The file above contains the collective work of at least 4 people and/or teams that is -not- the uploader or the uploader's in turn.

I have notified the rest of the people that I have recognized as having their work stolen and showcased as if it is 'for public access' (something that cannot and -should not- be assumed). 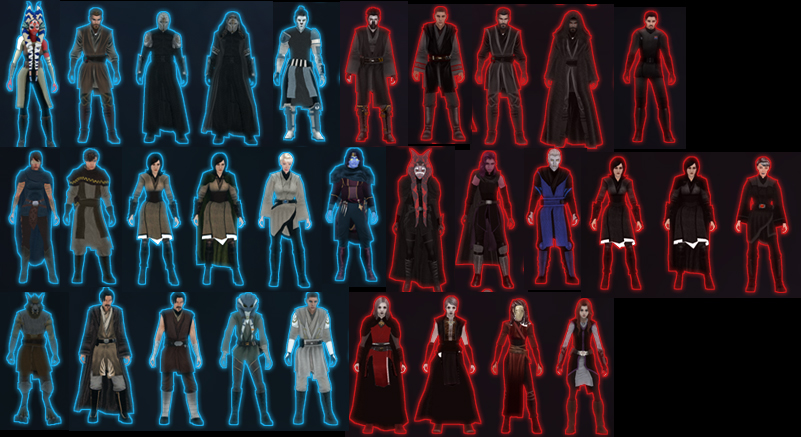 these are the models that have been taken out of the members. Some are ported by the members in question, some are ported FOR those members by other people in the community, some have been HEAVILY retextured (from scratch even) for usage for those members' individual characters. If no permission is taken by the individual members that utilize or utilized the model(s) in question, then it s abhorrent to have them on public display for anyone to use as if they were made for them or for the public in the first place. Let alone as if it was Apex's original work. Which, in all honesty, is so petty; to take the cumulative work of a ton of people and just bundle it up, take pictures of it and 'offer it to the public' as if they are doing anyone a favor.

As ZelZel said, i don't know about the rest of the people who had their work taken and displayed like that, but ::JEDI:: expects the above post to be locked and similar issues to be given due attention.

Credit means nothing if permission hasn't been extended.

edit/ps: if sought out, my username is 'Sirius Invictus' over jkhub

Given the above, I have removed the pack link until permissions are sorted out (permission is granted or the models in question are removed).

@Apex Going through and doing credits was a good thing and I'm glad you did so after last time, but it's obviously not the only thing that's necessary. We necessarily have to give a benefit-of-the-doubt stance to things being shared (with credits being the bare minimum) but as is obvious here some of the makers are objecting to their work being shared, so you will need to rectify that.
Last edited: Jun 27, 2021

Ain't no rest for the wicked

srsly apex.... wtf u thinking man!??!? this is worse than sex with a youngling!! everyone of the JEDI ORDER is DISGUSTED @ u

..the council will punish you for this..
S

Spaghetti said:
Given the above, I have removed the pack link until permissions are sorted out (permission is granted or the models in question are removed).
Click to expand...

once a divine always a divine...

dwarf said:
srsly apex.... wtf u thinking man!??!? this is worse than sex with a youngling!! everyone of the JEDI ORDER is DISGUSTED @ u

..the council will punish you for this..
Click to expand...

Awesome model pack! I have been using it for a little bit now and I must say that these are some of the highest quality models I've seen in a while. Using this pack is actually straight up making the game more fun for me. Thanks to all the people porting these models over and thanks for bundling them up!

I hope the porters will give you permission so more people can enjoy them!